Controlling The Pests So They Don't Control You 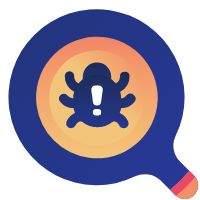 Did you know that cockroaches can survive being submerged in water for 30 minutes or more? Did you realize that rats can fit through a hole the size of a quarter? Household pests are sneaky, which is one reason they can be so hard to get rid of. But if you have pests in your home, you should not have to live your live in fear or inconvenience. A pest control expert can figure out what pests are to blame and then take measures to eliminate them. They'll get rid of those sneaky rats, cranky cockroaches, or crawling ants. Learn more about the methods they use on this website.

Getting Rid Of Cockroaches Before An Infestation Develops
30 January 2023

Were you disgusted after finding cockroach droppin …

If you have a termite infestation in your home, th …

Why Should Pest Control Experts Help You Remove Squirrels In Your Home?
11 November 2022

You are perhaps used to dealing with roaches and a …

No one likes to imagine their home may have been i …

Living in the country can be great. You have more …

If you have moles in your yard, you'll want to get rid of them as quickly as you can. While there are a lot of ways that you can go about trying to get rid of them, the best and often the quickest way to get rid of them is by way of mole traps. You can learn more about these pests by reading the information you'll find offered in this article.

Moles are small mammals that tend to end up in yards where they create their tunnels and cause a variety of issues for homeowners.

What troubles do moles pose?

Moles create tunnels that tend to serve as what can be elaborate living quarters with tunnel ends that make up areas best described as their living room, bedroom, birthing room, kitchen, etc. Moles eat earthworms. They will immobilize the worms by decapitating them and then storing them, and they can store a lot of earthworms in their tunnel. Plus, on top of what they store for later, they also eat a lot of them per day, generally eating so many worms a day that they would almost weigh what the mole itself weighs. Since earthworms are so good for gardens and flowerbeds, having moles eating so many worms can be very problematic.

The tunnels that the moles will dig can also create problems. The entrances to the tunnels are large enough that they can increase the risk of people injuring themselves when they are walking through the lawn and twist their ankle by tripping due to stepping where a hole is.

Moles can carry rabies and since they are in the yard, your pets and people can be at risk if bitten by one. The holes they dig in the yard are often a place of big interest for dogs who will want to investigate to find out what is living in the hole.

Moles can create so many holes in the yard that they can make the yard look bad. They tend to leave a mound of loose dirt all around the holes, which makes the holes easy to see, even from a distance. The tunnels they dig can also expose roots and cause other issues with your lawn and plants.

How do you get rid of moles?

There are a lot of home remedies that people often try to get rid of moles, such as putting moth balls or cayenne pepper down the holes. But many people find these things don't really work. The best way you can go about truly getting rid of the moles is by having them trapped and removed. Talk to a pest company about setting up mole traps.